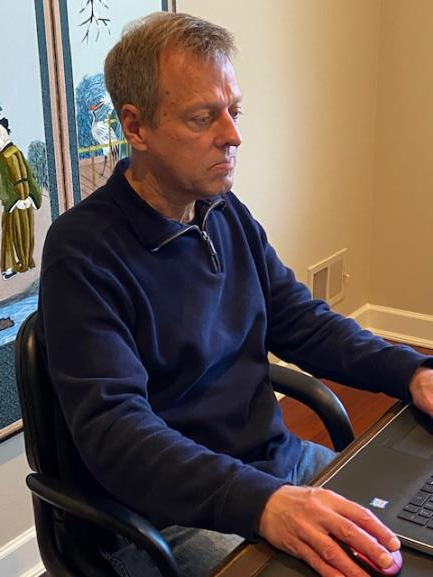 I was first introduced to ham radio by my Grandfather, George Humphrey, now a Silent Key (ex. W2RGQ, Dobbs Ferry, NY; ex. W1GGG, Tenants Harbor, ME) around 1964 when I was 8 years old.

After a period of Short Wave Listening, I was first licensed in Plattsburgh, NY at the age of 14 with call sign WN2OJC. During the first stage of my “ham career”, I operated from upstate NY, CA, NC, MI and TX with calls WA2OJC, WB4WLW, N8EFU and finally WX8C. I was always mostly a CW operator and quickly became attracted to DXing and eventually casual contesting especially as computers took over the dreaded dupe tracking chores.

Halfway through my now completed 40-year career in automotive components, I was transferred in 1995 to Seoul, Republic of Korea for a 3-year assignment which I finally completed in late 2016 after almost 22 years. I enjoyed many years operating as HL1/WX8C and also while I was in Asia I had the opportunity to travel extensively which in some cases also allowed me to engage in my favorite hobby which included operating in China (WX8C/BY4AA), East Malaysia (9M6A guest operator), Mongolia (JT1/WX8C), Guam (KH2/WX8C), Saipan (KH0/WX8C, AH0DX, AH0K), Palau (T88OO), Brunei (V85/WX8C), Thailand (HS0ZID) and Russia (R/WX8C).

While in Korea, for several years I assisted the U.S. Army Boy Scout Troops with JOTA activations, with call sign HL9BSA. I was also issued HL9A, which to the best of my knowledge is the only 2X1 call sign ever issued by the US Armed Services in Korea.

Now back in Michigan and facing the usual HOA dilemma, I am kind of back where I started 50 years ago with just a few well-hidden dipoles in the backyard. After feeling sorry for myself for a few years, last year I put up a 90-foot tower with a few Yagis in rural Missouri that I occasionally activate during a few of the major contests each year. I am thinking about remoting this one of these days.