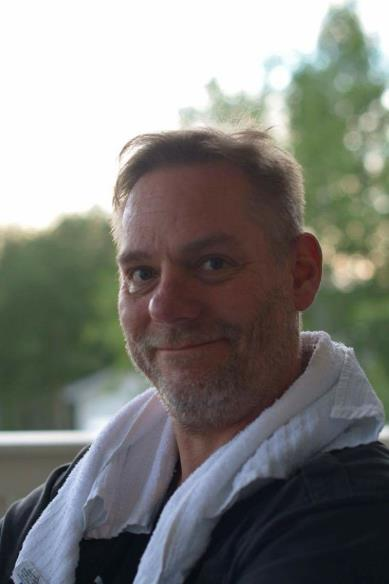 I was first licensed in December 1990 as SM7TUG. Formerly R/O in the Royal Swedish Navy and later also in the Army. I moved to Norway in 2004 and got the callsign LA2MOA, and was active in periods from the area around Lillehammer, working both QRP and QRO until 2011 when I got a new job as station manager at Vardo Radio, the coast radio station on Vardø Island (EU-141) up in the Arctic. After almost two years of silence, I was again QRV from 2013 until 2015 from Vardø Island (KQ50 square) until I went QRT for another two years, after moving to an apartment with no possibilities to hang up any kind of antennas.

In 2017 I changed my callsign to LB6GG, which is much more convenient to key during contests and DX-hunting. I was active for two months during the summer 2017, working mainly 144 MHz EME with a portable setup from Kramvik on the mainland.

On 31. of December 2017 @24:00 local time, Vardø Radio was closed down, and I and my family moved to the Stavanger area on the south-west coast of Norway. I’m now working as coast radio operator at “Coast radio south”, which is the new name of the more well known Rogaland Radio. We are renting a very nice house in Sviland, which is in the countryside in Sandnes community. Located close to the North-Sea shore, makes this a pretty good QTH, relatively free from man made noise and other stuff generated by the “civilization”. At the moment, my main antenna for HF is a 2 x 27 m Doublet, with its apex at 15 m on a fiberglass pole in the backyard. I also have an Inverted L for 80 m and up, on a 10 m wooden mast. On 80 and 160 meters, I’m using an active RX-loop, designed by Anton, RA0SMS. It’s a delta-loop, 25 meters in circumference on a 7 m fiberglass pole, and it works very nice!

My primary interests are CW and hunting DX and new ones on all bands from 160 to 6 m, as well as meeting new and old friends on the bands for some rag-chewing. It will be a pleasure to meet you all on the bands in the time to come.