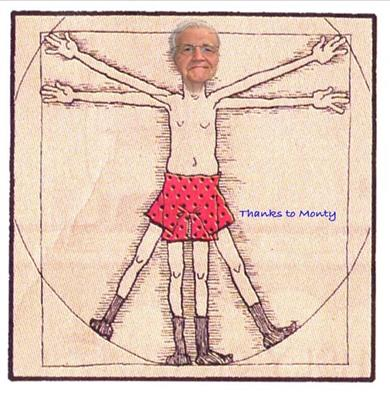 I was licensed as a Novice in 1953 at the age of 13. I learned Morse code to satisfy the Second Class badge of Boy Scouts, a choice I made over semaphore with flags. My friend in the same troop, Donnie, talked me into going to the high school one night a week where his father, Don, W9URS (SK), taught the theory half of the ham license prep course. After that another ham taught the Morse code. Getting a ride with his dad when we couldn’t drive and learning the code in the second half would help us satisfy the Scouting requirement. Donnie wasn’t interested in what his dad had to say, but I was, and I caught the ham bug. Don became my Elmer. Donnie never became a ham, and Don never became a General class because he couldn’t pass 13 wpm. Nonetheless, as a radio-TV serviceman (remember them?), he was a good Elmer.

So I became a Novice with the call WN9ZSJ. That was a natural progression from my role as an SWL, who loved submitting signal reports to international broadcast stations and receiving their colorful cards.

Three of us young guys sat for the Novice exam together, traveling to Indy from our rural town in central Indiana. Exciting it was when the ticket arrived. I dashed off to the hardware store for a roll of copper wire. I think it cost 35 cents. I strung up about 135 feet of it. Of course, we had all mastered 5 wpm to that point. I was an overachiever, and I applied for and got a 15 wpm ARRL Code Proficiency Certificate within a couple of months. A year later, almost to the day, I qualified for the 20 wpm endorsement. I proudly had that wallpaper showing in my shack with a Hallicrafters S-40A and a BC-746 surplus transmitter converted to work with the aforementioned wire on 80 meters. It ran a full Novice gallon – 75 watts. Shortly thereafter I built “3 watts in a coffee can” which used a single tube as line voltage rectifier AND oscillator to transmit. It was “hot” – when you touched it, but it worked and made me a QRP operator for most of my subsequent ham career.

About the time that the pandemic started I experienced a sequence of events which brought me to this keyboard to share the tale. I was rummaging through a box of old papers and ran across the ARRL certificate which reminded me of my early CW prowess. In the intervening years I had pretty much remained a QRP operator and had toyed with all the QRP organizations, QRPARCI, SKCC, FISTS, Flying Pigs, and others. I still have two HW-8s and an Argonaut V. The ham career was interrupted by college, marriage, the arrival of kids, and starting off as a college teacher looking for tenure. But I was drawn back to hamdom after a hiatus of just over ten years, again in QRP, with very few QSOs over 15 wpm. So, when I spotted the page in QST which listed those CW ops (small case only here) who qualified for ARRL certificates, and I spotted on the same page the VibroPlex paddles that I was using most of the time, a goal was set. I was over 80 years old and thought, “Has anyone has ever applied for an endorsement of five or even ten wpm greater AFTER AN INTERIM OF MORE THAN 65 YEARS?” That became my challenge. I began to copy W1AW and to look for tips on how to increase one’s CW speed. By this time I had mastered the electronic keyer so that I could hang in on contests and Field Day at 20+ wpm, but sometimes only for call letters and signal reports. There was work to be done.

Should I use a mill? That would relieve the pressure on my elbow when I tried to manually copy 20 or 25 or more words per minute while not making an error, at least for a full one minute. I read somewhere that one should be able to type twice as fast as the receiving speed to get good at typing CW. I am self-taught in typing (never learned the top row), and I despaired at the idea of typing at 50+ wpm.

Fate treated me kindly. Another avocation had been and continues to be my membership in the Rotary Club. There is another ham club you may not have heard of: ROAR, Rotarians On Amateur Radio. Attendance at the various nets that this group supports was lagging, mostly due to crummy propagation, but the President of the group, N4EDT, Ed Tyler, initiated Sunday one hour ZOOM sessions during COVID which brought a number of international Rotarian hams together. We shared what our ham activities and our Rotary meetings and service projects were last week, and we continue to do so.

One Sunday session Bill, KC4D, mentioned to the ROAR ZOOMers that several of those participating and a few more met each weekday morning for a CW round table. Invitations were given to all listening. Bill is located in Lynchburg, VA, so when he issued the invitation for 6:15 AM on 80 meters, my first inclination as a Central Time Zone ham an hour behind Virginia on the clock was to think, “Thanks, but no thanks.” However, the invitation was to an activity which would surely help me achieve that next ARRL endorsement at 25 wpm or more. So I relented and soon was stumbling into the shack every weekday morning after an old man’s quick stop along the way, and was tuning in to the early bird round table. I continue to do so.

Rolling out of bed at an ungodly hour has become a habit. The session is similar every weekday, opened by KC4D, Bill, (we call him VABill), the organizer of the CWops banquet at Dayton this year. There are eight of us, all of whom are CWops or have been invited. Others are welcomed on occasion. Our skills are varied, and I, as the newcomer, am on the bottom of the heap with often too many dits making inroads on my contribution. Others, besides VABill, KC4D and me, George, W9ZSJ, whom you might find on the CWops list include Dan, AK4SQ; Dave, WN5V; Mike, AA4MC; Joe, AA1E; Chris, KC0TVD; and NCBill, K1ZJA. Several have “Given Back” as CWops mentors. A couple of us sometimes get help being heard from the RemoteHams setups of VABill and Joe.

We usually share the local weather prospects and what our plans are for the day. Normal ham palaver is a big part of the exchanges, and a new antenna or rig is sure to bring up comments from each of us as do accomplishments of our kids or grandkids and mention of our current aches and pains. We wrap it up, usually after only one round in about an hour. Meeting five times a week, we can stand waiting until tomorrow for more commentary. We move along at just above 25 WPM, with some a little bit higher, even me when my thumb gets really awakened before having it passed to me from Iowa by Chris, KC0TVD.

It is remarkable that we have learned so much about each other and our spouses and family in such brief exchanges. (We sometimes text alongside the CW chit-chat to share photos or sage commentary.) I feel that my attendance, bolstered by the CWA, CWT, and other CWops influences have expanded my core group of friends and my awareness of what is going on in this remarkable hobby. During COVID and the recent political strangeness, that fellowship was very supportive while we were locked down and wondering what would happen next or on the next election date. (We don’t talk politics, however. I’m pretty sure that ranting would be difficult in CW and would lead to expulsion from the group.) The benefits greatly exceeded any initial ambitions and interest in just improving my fist and head copy. And, I lost the urge to pursue the ARRL CW certification.

The cap to the story was when I received notification that I had been proposed as a CWop. That came far before I really felt comfortable with my ability to satisfy the requirements, but with so many Q’s at fairly fast speed I guess those who supported me felt OK about it. As far as I know there was no discussion like the one about the recent Bylaws proposal. Getting the OK by four other members in just a couple of days was a piece of cake with so many exposures to my dit-extra skills. I got the nod in what must have been a record. Thanks, guys, for no blackballs and for the positive support. That was a confidence builder and a singular honor.

The original goal setting for the ARRL and the transition to CWA and CWops were a while back, and I still roll out of bed each weekday to do what old men do, grab some coffee, turn on the rig and wait for my turn. Occasionally, you will find me on CWT. Barring illness, medical appointments, travel plans, and unfortunate acts of God the group is often all there. We cover VA, NC, IA, IL, and TX (formerly LA), exchanging weather reports, family activities, sports chats, and whatever else is likely when a bunch of experienced hams get together.

And, when looking back at my original goals for CW accomplishments set some time ago, I can put them aside. And, thanks to the two great Advanced CWA mentors, Joe, KK5NA and Mark, VE3BXG for “Giving Back”. The CWops Membership certificate dated in 2023 now is joint wallpaper with the 1953-54 ARRL CW proficiency certificate, additional endorsements of which I no longer covet. CWops involvement has been a worthy replacement. Thanks, folks. It’s been great.