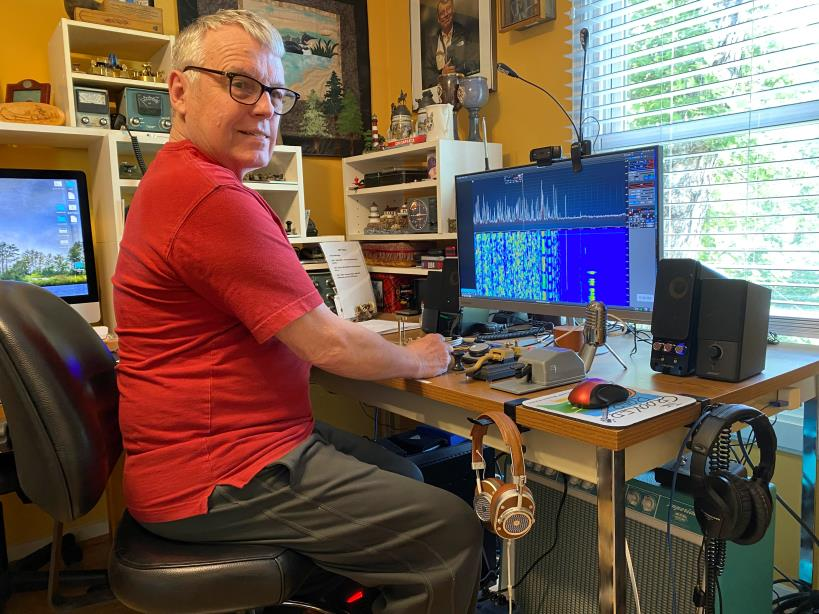 This is an honor that I did not expect…to be a new CWops member.

I want to recognize Joe Spencer, KK5NA as my Advanced Advisor and Ron Norris, VE3FXX as my Intermediate Advisor…I simply could never have gotten here without their support, guidance, and expertise.

I am originally from Southern California and first got interested in Ham radio when a neighbor who was a ham would invite me into his ham shack and then show me all of his fabulous radio collection. But it took me to my mid-fifties to actually get down to business and get a license. First licensed in 2003 as KB3JFU, I passed all three exams and the code test that year. Until that code test, I really had never thought about CW, but that test sparked my interest. In 2012 I received the ARRL DXCC award for CW which was my biggest accomplishment…that is until now by becoming a member of CWops.

On the personal side, my wife Donna and I live in Central Maryland. I have lived in just about every part of this country…East Coast, West Coast, Deep South, Canadian Border, and the Mexican Border…but we have settled in Central Maryland. I was very fortunate to have lived and worked in 3 national parks. I am now retired having spent 41 years with the Federal Government, with the last 12-1/2 years at the National Institutes of Health in Bethesda, Maryland, as a network and cyber-security manager. Other hobbies include bluegrass guitar and photography.

When on the air doing HF I only work CW; CWTs have become an interesting past-time for me. My rigs are a Flex Radio 6400, an Elecraft K1, and a DMR rig for local chatter. Antennas are simple: 30 meter dipole, multi-band OCF dipole, and a multi-band Hexbeam. My favorite key is a single paddle made by W1SFR…so quiet and smooth.