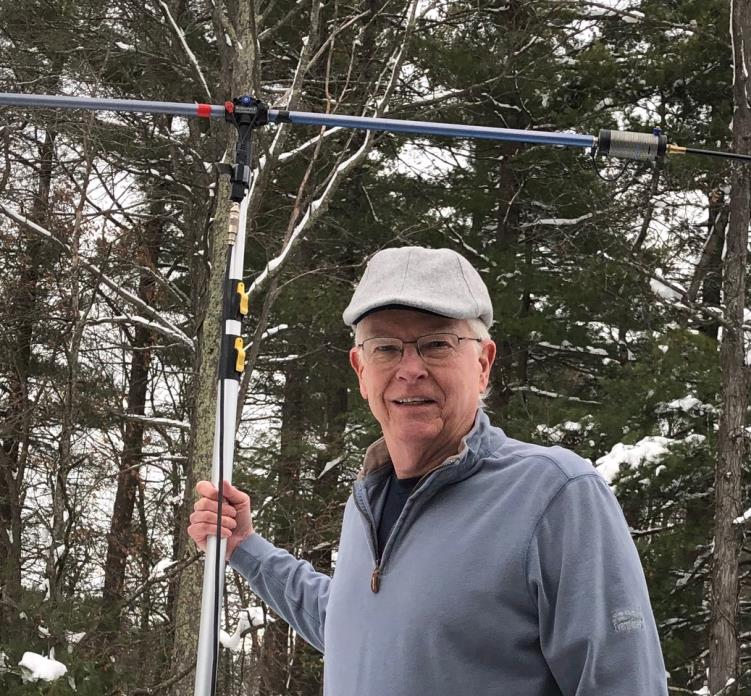 I’d like to first thank Steve, WB7DND, a college fraternity brother, for getting me interested in joining CWops – it’s something I should have done a long time ago. Steve convinced me that it’s a great group to hang around with, and that it’s helping to raise the standards for CW on the bands. I also need to acknowledge and thank Marv, N5AW, for nominating me and persuading two others to join him in sponsorship.

I was licensed at the age of 14 in 1962 as a General class with the call sign WB2BEF. My first station was a used Heathkit DX-100 and a Hallicrafters SX-110, which were soon replaced by a Johnson Ranger II and SX-111 (both of which I still have). Although my General license gave me full phone privileges, I operated mostly on CW because of the range advantage, and also because it made it much harder for the neighbors to identify the source of their TVI.

I studied electrical engineering at the University of Pennsylvania, where I operated the club station W3ABT, and after college, I joined the Navy and became a communications officer. I installed and operated several MARS (Military Affiliate Radio Service) stations on the ships on which I was stationed, and while traveling ashore I stayed active on the bands with a Heathkit HW-8 that I was able to carry around in a suitcase with a coil of wire to throw out the window for an antenna.

Since retiring from the Navy in 2000, I’ve finally been able to set up a permanent station in northeastern Massachusetts but living in a condo with its attendant HOA restrictions has limited my antenna choices. The photo shows me with my formidable antenna farm – a Buddipole with an extendable mast on a second-floor balcony (it’s lowered for maintenance in the photo). With the Buddipole and a K3, I’ve managed to attain DXCC on four bands, WAC on seven (including 80 meters), and a WAS Triple Play. My wife Annette is KB1LSH.

My interest in CW has continued, and I wrote the article “Increase Your CW Speed with Wordsworth” that was published in the May 2017 issue of QST.

Earlier this year I was honored to be interviewed by Eric, 4Z1UG, on his “QSO Today” podcast. If you want to listen to it and see a few more pictures, my interview is at: https://www.qsotoday.com/podcasts/K1IG.