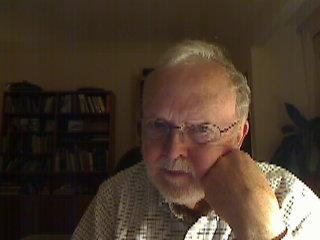 I was first licensed as WN3VBP in December 1952 at age 15. I became W3VBP when I upgraded to Technician shortly thereafter. My first rigs were a modified surplus transmitter for 2m AM and a homebrew 35w transmitter from the 1952 ARRL Handbook. My 2m antenna was a “Brownie Beam” made on a 1×2 wooden boom with a folded dipole driven element and aluminum clothesline wire for reflector and three directors. The feedline was 300 Ohm twin lead. The HF antenna was a Windom in the back yard about 20 feet off the ground. My first decent receiver was a National NC-125, but I was later fortunate in finding a Collins 75A-1 in a hi fi store that had been traded in on audio gear. My next transmitter was a WRL Globe Scout 60 with a Hallicrafters HT-18 VFO. Later I operated SSB with a Central Electronics 20A and a WRL Globe Linear into a HyGain trap vertical. When I moved to Texas in 1965 it was possible to have two callsigns, and I became W5PBW also. I have held K5NT since 1977.

I retired in 2003 and moved to Richmond, VA. I became restless after a few years and took a part-time job as Executive Director of the Beth Ahabah Museum & Archives in the city’s Fan District where parts of the movie “Lincoln” were filmed. I went back to full retirement status in 2018, and now spend my time hamming (all CW) and bowling with a seniors club.

The QTH is in a community that prohibits outdoor antennas, so I installed an Alpha Delta DX-EE fan dipole in the attic. The HOA agreed to allow me to put up a loop for receiving provided that it was not visible from the street. Maybe I can get them to approve a vertical one of these days on the same basis. My rigs are a Yaesu FTDX-3000D and an Elecraft K1.

I am also a member of the ARRL, QCWA, FISTS, and SKCC.

There is more on my QRZ page.