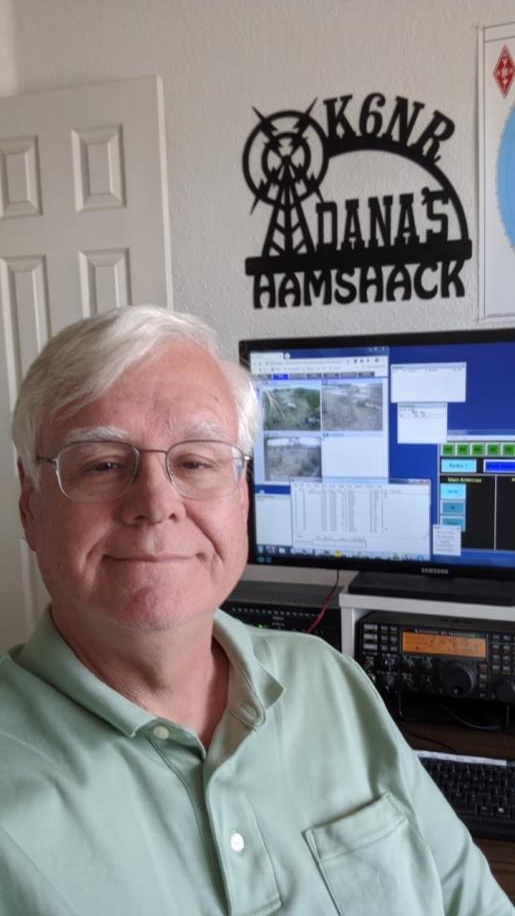 I am very pleased to be a part of CWops; many thanks to my sponsors.  CW has always been my primary mode.

My father was a ham, and I have been interested in radio for as long I can remember.  When I was 13 years old, I learned the code listening to 40m on a Heathkit HR20. I was licensed in 1969 as WN5YMV in Richardson, Texas.  Dad (W5EQ SK) administered the novice test for me, and others including N5RZ (WN5AAR) and K5NZ (WN5AAS). We were part of an active ham community, centered on the Richardson Wireless Klub.  Dad worked for Texas Instruments, who had a very well-equipped club station at the time. Carol, K5DMM (SK), drove me to the FCC in Dallas to take my General and Advanced tests and I became WA5YMV.

Not too long after, my family moved to Cincinnati where I was WB8HQD.  I operated on 6 meters with a Healthkit Sixer; we had a house on a hill and I worked lots with those 5 watts of AM.  I built an 80m vertical and was on CW with a Viking Valiant transmitter and a military command receiver.

The family moved to Irvine, California, in 1972, where I became WA6NGO and Dad K6VO.  Joy of joys, we were in a tract with CC&Rs, but found ways to put up antennas. Dad had a vertical he’d put up in the backyard; when they complained he’d take it down for a few weeks then put it back up.

I had attic dipoles, and a 40m wire vertical that snaked up the house to the second story roof.

I graduated with a Computer Science degree from the University of California Irvine in 1977 and went to work as a systems programmer at the UCI Computing Facility.  My wife and I bought a house in Irvine that did not have CC&Rs, and I was on the air with verticals and the like. Our four kids kept us pretty busy in the 80s and 90s; I always had a station on the air but was not terribly active.  I became K6NR when the vanity callsign gates opened in 1996.

In 1999 I had the great pleasure of visiting another old Richardson friend, Steve, K5MR.  Steve had an impressive multi-tower station; turns out stacks of 20m Yagis work better than a vertical (who knew?).  The experience lit the fire for me to do something more than I could do on my 1/8th acre in Irvine. Later that year, my brothers and I bought a house in the California high desert on 2.5 acres.  I setup modest antennas and operated remotely from Irvine using a Kachina transceiver and dial-up modems. My station progressed over the years to include Yagis and better technology (see www.qsl.net/k6nr/remote).

I retired from UC Irvine this past summer after 41 years; I spent my last 10 years as UCI’s Chief Information Officer.  It was a joy to see technology and its uses progress over that long timespan. Retirement has been great so far, catching up on deferred maintenance, taking a few trips, and the like.  I hope to join a DXpedition sometime, and/or contribute to other multi-operator efforts (let me know if you need an op!). My wife will be retiring in the near future, and that will open the door for more travel as well.

I am enjoying more time on the air and delighted to discover CWops and its resources. Thanks again for bringing me into the fold.