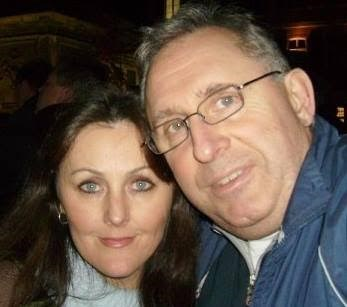 Hi, I was born in March 1955 in Clacton-on-sea UK, after leaving school at 16 I served a 5 year apprenticeship as a church organ builder in the east end of London  (a four hour train journey there and back) and after that joined the Royal Corps of Transport in 1976 – 1982 I was posted to Germany where I still live.

Army life was great but a bit boring at the weekends, as I was not keen on swilling large amounts of German beer (just one or two) I was on the look out for other hobbies, I signed up for sailing, rock climbing and skiing courses I also had time for CB radio, I have been interested in radio from a very young age, I was always fascinated by the whistles and popping noises and the green magic eye valve on my grandads old radio / record player, I now realize I should have joined the Royal Corps of Signals.

CB radio was great but I needed more, and took the  City and Guilds of London Amateur Radio Exam in 1981, but only passed the theoretical  part, 5 years later I passed the practicle part too, I am the only Ham Radio fanatic in our family with a total lack of understanding from the other members, I was therefore on a very limited budget so I started building my equipment from kits and and had a lot of SSB contacts and fun with just 1,5 watts and homemade antenna, I will always be a QRPer.

SSB was great, but I needed more, so I tried to teach myself Morse Code all the wrong way of course (I still hear Dog Did It for D and Ich Liebe Dich for L) Then I came across the CWops website just what I was looking for, Level 1 with Stew was an eye and ear opener for me and I had  lots of fun  learning Morse Code the right way with the other students.

Level 2 with Keith and Phil was a whole different ball game 25 wpm? it sounded like SMG (Sub Machine Gun) fire to me at first, but with their great tutoring  I was starting to get 3 and 4 letter words and was able to join in with the CWT, I still listen to Keith’s 100 common words and CW abbreviations on the way to work on the train at 30 wpm now, I don’t get them all but I am improving.

I am also interested in WSPR, Portable and SOTA ops, Geocaching, Sailing and Fly Fishing, I have been married to my wife Barbara for 28 years and have a son.

73, thank you for allowing me to join CWops and I hope to work you one day.