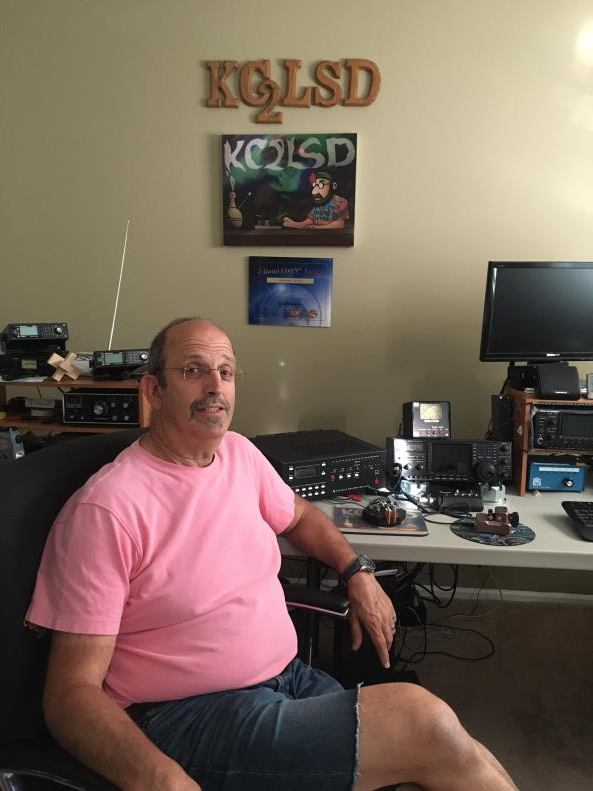 First let me say that KC2LSD is not a vanity call. I get asked that a lot. Second, I would like to thank Eric WG3J and Jon NJ3T for helping me not only in the hobby but also becoming a better CW operator.

A couple of years after I got my Extra Class ticket, I was at a friend’s house during FISTS Sprint. From that moment on I was hooked on CW. I purchased a CW oscillator so I could listen to CW anywhere I wanted. I never forget the first time I called CQ and somebody answered me “holy crap what now.” I can also recall my first CW contest I was running at a blazing 5 to 7 words a minute, I had to stop so my key could cool down …..

That was a while ago. I enjoy CW so much I no longer have a mic attached to my radio, don’t get me wrong. My headset is nearby but seldom used. Today I enjoy chasing DX, contesting and slowing down my code to work that new guy.

As a retired railroader I have time to play radio when I want from my small shack here along the New Jersey coastline. I plan on being very active on the Wednesday Sprints in an effort to get better.

It’s an honor to be part of your club.