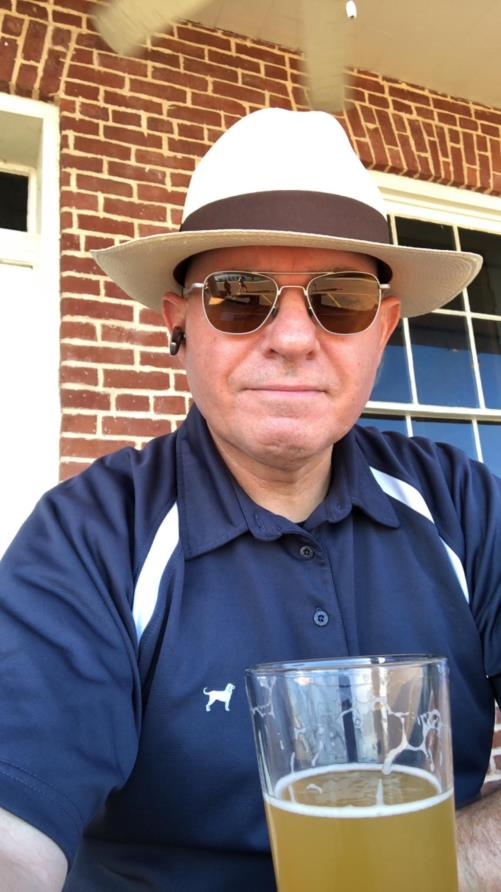 Thank you to Tom, AB6Z, for my nomination and to K1VUT (just down the road from my brother!), VE2FK and N7SV for sponsoring me.

I’ve been a ham since 1983… since Dick Bell, KB1AN, showed me his 2-meter HT at Plymouth Beach where we were both working as summer police officers. When I heard the 145.23- repeater spell out RED CROSS in CW I was hooked. My Dad had been in his high school radio club (W1KMU) but never got his ticket despite a career in the US Army Signal Corps, and as a disc jockey and engineer at commercial radio stations.

What really made me get serious about CW was a love of DXing – Bob Lochner, W9KNI’s book “The Complete DXer” was a huge influence on me. It became clear pretty early on that much of the good stuff was on CW, near the bottom of the band. That led me to get my speed up to 20 WPM and get my Extra class ticket.

One day my friend Wes, N1WH, asked me to come over and take a look at a CW key he had been given. He thought it had come from the Boston Fire Department. It didn’t look like much… dirty, worn out and the red paint was flaking off the base, but I knew it was a Vibroplex bug… I was able to figure out how to adjust it, and even though the contacts were worn down to bare metal I managed a QSO or two with it before I gave it back. But I realized from the moment I made CW with it that *THAT* was the way I wanted to send from that moment on. I bought my first bug online within a few days and have gone on to pick up a few more here and there over the years.

After quite a good bit of effort I finally wound up on Honor Roll. Which was followed by the realization that my DX bell hadn’t been rung in a good while. Looking at the bulletins it became clear that I once again needed to take W9KNI’s advice: Have something else to keep your interest up, another challenge to keep you QRV and having fun while you wait for the elusive New One to appear.

The CQ Marathon held my interest for a few years but after a few semi-serious efforts I began looking for something more. I had recently begun cleaning up and using an old Yaesu FT-101ZD, a near-copy of my first transceiver. I started using that for rag chewing, mostly on CW, and realized I was having a lot of fun just enjoying a longer conversation with other ops.

Those QSO’s usually took place in the mornings before work – the one time I knew I had free all day. Then one Wednesday I had the rig on a few minutes later than normal… after 1300Z the 40m band filled with signals. I only had time to figure out it was a CWT before I shut down. A Google search led me to the CW Ops website, and the roster revealed a few fellows I knew.

The next Wednesday I didn’t have to work so I entered the 13Z and 19Z CWT’s, logging with paper and pencil and sending with my bug. What fun! I had entered some contests before but never one that only lasted an hour. I was hooked from the start. Now I just plan on coming in to work late on Wednesdays.

My wife Stacie is a retired librarian, and I’ve been in police work all my adult life – first 25 years with the Plymouth, Massachusetts Police Department, then a move to Mississippi and a second career with the University of Southern Mississippi Police Department, where I am Assistant Chief of Police. Currently I plan on retiring (again… maybe this time it will stick…) in 2021. We hope to move back up north, perhaps to the Berkshires in Western Massachusetts.

Current rigs are an Elecraft K3S and KPA500 amplifier on one side of the desk, the trusty Yaesu FT-101ZD on the other. There’s an Eico 720 and my Dad’s last shortwave receiver, a Hallicrafters SX-110, on the shelf I hope to have QRV for Straight Key Night and the Novice Rig Roundup. Antennas range from an Inverted-L for Top Band, a Butternut HF9V for 80-10, a dipole for 80/40/20/15/10, a small Log Periodic for 20-10, a 3-element Yagi for 6 meters and a set of K9AY loops for low-band receiving.

I’m also a member of the 599 DX Association, the ARRL, FISTS, SKCC, BUG Users Group, and the A-1 Operators Club.

Once again, many thanks to Tom and my sponsors, as well as to all who have worked me in the CWT’s!