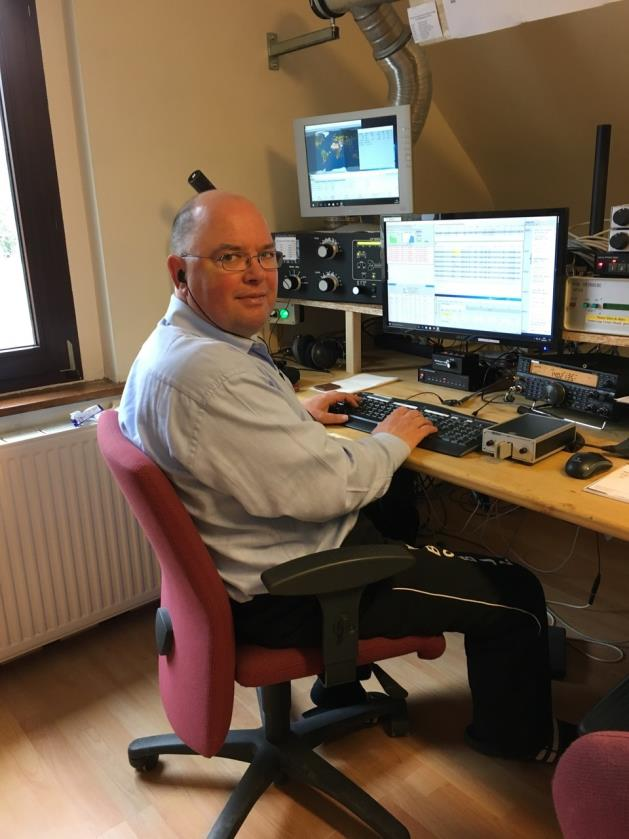 My interest in amateur radio was sparked when my late father bought a shortwave receiver in 1970.

I was first licensed for VHF in May 1975 as HB9MMW (I had one error too much in CW reception). In November 1976 I repeated the Morse code test and upgraded to HB9BJL. I had always the impression that I was rather slow learning the Morse code but that I will be successful in time. I was active in digital modes and I have always enjoyed social events like hamfests (in particular Friedrichshafen) and multi-op contests.

In 1981 I had a three-months job as a radio operator for a humanitarian relief project in Chad (TT8). I had more than three hours of CW every day on commercial frequencies. Upon returning I had to learn for my university degree and subsequently I stopped operating in CW. By accident I attended a meeting of CW Operators at the Friedrichshafen ham fair. I was very impressed by the welcoming attitude and I started again in CW and now I like it more than ever. As my interest in CW grew, it has somehow diminished for other modes. With the help of my friends I became a member of the HSC in 2012.

Thanks to the ARRL VE program I have passed the extra class exam at the 2019 Friedrichshafen ham radio fair and I now have the vanity call sign W9BJL. I would like to thank the examiners for their time and devotion to make overseas examinations possible.

Today, I work almost exclusively in CW and I enjoy QSO parties, short contests from my home station and ragchewing. When contesting, I like to be part of a multi-op team and I regularly take part in major CW contests such as the CQ WW from the DD1A contest station which I helped to build from scratch.

I would like to spend more time to take part in the CWTs but the afternoon session is normally in my working time and in the evening session at 9pm local time 20m is at present closed to the U.S.

I have a modest station based an a TS-590SG with a trap beam and a dipole antenna. My favorites are the Begali Leonessa and the Sculpture keys.

Other interests include choir singing and riding my 1990 Harley Fat Boy (yes, the one from the Terminator 2 movie).

I take pride in being a member of CWOps and I look forward to working you on the bands and to seeing you in person.