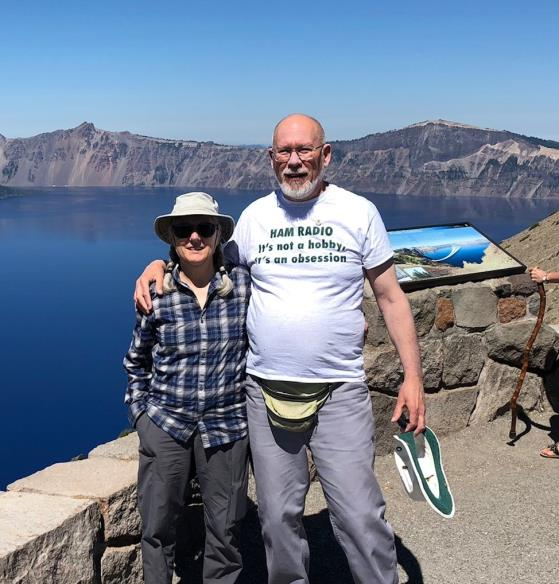 I became interested in ham radio at age 10 in 1964 when my doctor gave me a couple handbooks and magazines, plus a junk box full of partly finished projects. One of those items was a 300 VDC power supply that I did not subsequently electrocute myself with! Thus, I survived long enough to develop a lifelong fascination with electronics and amateur radio.

Entering college in 1971, I majored in physics. Following that, I’ve had a career in semiconductors, avionics, and most recently fiber optics. Since 1990 I’ve been employed as a measurement engineer by Photon Kinetics, a supplier of test and measurement equipment for optical fiber and cable manufacturing. Along the way, I finally earned my license in 1987, 23 years after I first wanted one. I still remember my first QSO, with Lou, WA6N on 80-meter CW. I upgraded to 20 WPM Extra in 1988.

My ham radio obsession has always featured CW as my favorite mode and Field Day as one of my favorite events. After a few years it dawned on me that my CW was much better at the end of Field Day than at the start. I decided to try a few contests during the rest of the year to keep my skills polished up. That fall I worked the CW sweepstakes, then in CQ World Wide a few weeks later I marveled at the DX I could work using 100 watts and a dipole up 30 feet. I was now hooked on both contesting and DXing, and life hasn’t been the same since.

The 100 W eventually turned into 1500, and the dipole is still there although now augmented with a SteppIR DB-18 3-element Yagi up 20 meters and a variety of verticals. All these are located on our 2.5-acre lot just outside Hillsboro, OR. At the front end you’ll find an Elecraft K3 upgraded as close to a K3S as it will get, and several treasured Begali keys. I am unworthy of these keys of but striving to become so.

I have a secondary interest in traffic handling and EMCOMM, having spent 14 years as net control station on a VHF ARES net and another 15 as NCS and net manager of Oregon Section Net (80 m CW).

I’ve been married to Kathy KC7USE (pictured) for 35+ years and we have two grown daughters and two small grandsons, the younger one having just been born in late March. Unlike many hams I did not take a hiatus from the hobby to raise kids. I got my license when our first child was just 8 months old. One of the kids has her General Class license but I can never get her on the air.

I had several other hobbies over the years, but ham radio is the only one that stuck.