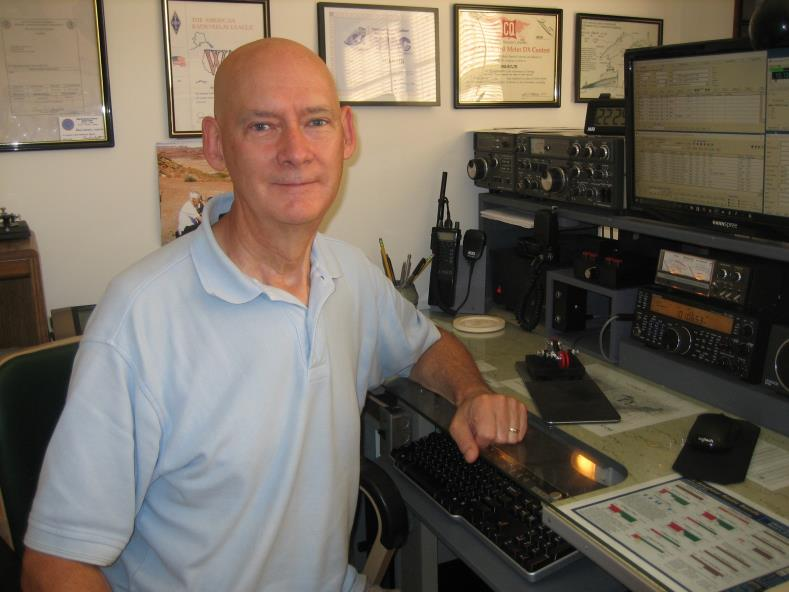 I can’t remember a time when I wasn’t fascinated by the phenomenon of radio communication. From childhood to the present day, I’ve always been amazed at the technology that allows information to be sent around the world and beyond without wires. Although I understand (for the most part) the technical aspects of radio, there is still an aura of magic and mystery about it. I doubt I will ever lose that sense of wonder.

I was born in Port Huron, Michigan in 1950. As a kid I was interested in all things electrical, especially radios. By the time I was in 9th grade I had built several Knight kits, spent hundreds of hours with my regen receiver as an SWL , studied the ARRL Novice license manual, learned code with the help of an Ameco LP record, and was ready to get serious about amateur radio. A neighbor who was a ham served as my “Elmer” and before long I had my ticket: WN8OJR. That was in 1964.

I upgraded to General the following year and then to Advanced when incentive licensing came along. I got lazy and didn’t make Extra until the late 1980’s. I’ve experienced the usual parade of life events: college, jobs, marriage, children, career changes, marriage (again), relocations – but through it all the one constant was ham radio. I’ve been continuously active on the air since my Novice days.

I’ve tried most of the common, and not so common, modes of operation but my favorite is CW. I enjoy chasing DX, contesting, and rag chewing. Occasionally I’ll operate one of the digital modes and when November rolls around I’ll plug in the mic to work SSB in ARRL Sweepstakes.

My amateur radio experience has played a significant role in shaping my career path, beginning at age 17 with my first part-time job at a wholesale electronics company. Later, my ham radio credentials helped me migrate from a brief stint as a school teacher into the commercial electronics field where I worked for almost 25 years. I gradually became involved in manufacturing quality management and retired in 2015 after 13 years as Quality Manager in the heavy truck industry.

I’m a member of the Spartanburg Amateur Radio Club, the Straight Key Century Club, the South East Contest Club, and a life member of ARRL. I am especially proud to have been accepted for membership in the CW Ops Club and I look forward to meeting many more members on the air.