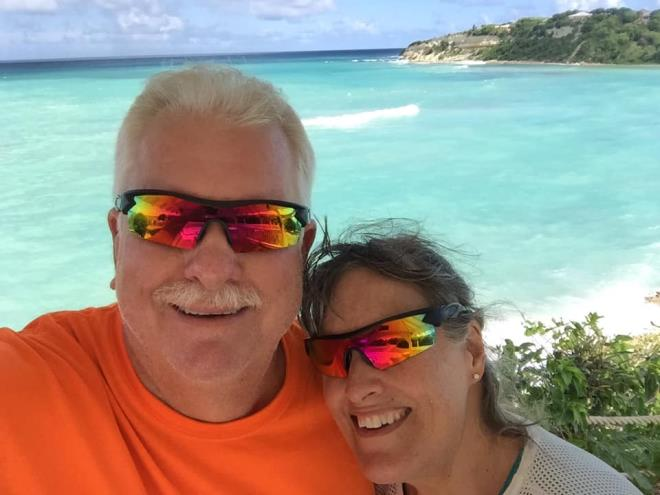 I’d like to start by thanking Bud AA3B for getting me interested in the CW Ops club, and my great friend Bob I2WIJ for nominating me. I retired this week, so no better time to join CWops and get on for the CWT contests and work on improving my CW skills. My first treat as a retiree was working JA on 6 m (OK, I know that’s not CW!) as well as getting on for my first CWT (more to come).

I was first licensed in 1973 as WA3WJD, which immediately drew some attention to my callsign (some of you will know why that might be). Later on, I became very interested in contests, joined PVRC, where I served as president for several years. I drew an invite to V26B one year, and the rest is history. I’ve been going there 24 times now for contests, and share management responsibility for that station with AA3B. I am also one of the two 80 m CW ops at W3LPL, where we consistently enjoy winning that band in the big CW contests (and the whole thing when we are lucky).

My station is a modest one with two 100 foot Rohn 45 towers, one with a tribander stack and 6 m, the other with a shorty-forty stack and VHF 2 m-10 GHz. Between the two is a reversible 80 m wire beam NE/SW, and for 160 I have a vertical with elevated radials and a couple beverages. My station has three operator positions, two for HF an one for VHF.

In real life I was an RF engineer before I retired, ending a 43-year career in Motorola two-way radio, most of it spent in the public safety sector and most recently working on their Astro 25 offering of APCO Project 25 radio systems. I was also a volunteer firefighter/paramedic for 25 years at my local rescue squad, where I continue to serve as a board of directors member and 1st VP.

I am married to the love of my life Terry, who is understanding of my ham radio and competitive shooting hobbies, both of which she likens to watching paint dry. We just bought a new RV and hope to do some travelling and camping stateside, and eventually get back to travel via air. Our first shot at that will be KL7 this August, then V2 in September and October.

I’m looking forward to improving my CW skills beyond copying callsigns and numbers at a zillion WPM to have more conversational and hand-keying skills, both of which could use improvement.

When I look at the membership roster, I see I have worked most of you many times and look forward to more QSOs. I am also very impressed with your newsletter, 68 pages, WOW!