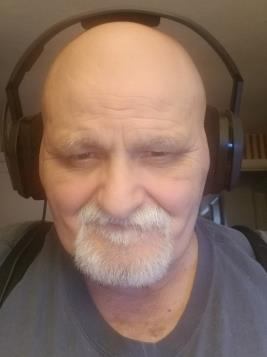 I worked thousands of stations as HL9SN. I hope I still have the QSL cards back in Missouri. I have been sitting on a DXCC for over 37 years because I refused to part with my QSL cards. Those cards represent small pieces of memory a million times better than a certificate telling me what I already know. I love to chase paper but the truth is I don’t care about it. What I do care about and enjoy is the folks I meet along the way.

Some of you old timers might remember a good friend of mine Jim Smith VK9NS. I always tried to get him to do more CW Hi Hi. I also spoke with his wife but I don’t remember talking to their son. There is also Ekendra Edrisinghe, 4S7EF that I have been working to get back on the air. Worked him June 24th, 1983.

In 1999 my best friend and QSL Manager KA5EPI became a SK. The next 12 years I spent off the key. When I got back on my late wife Barbara decided to raise chickens so she turned my ham shack into a brood house in the dead of winter. “Happy wife, happy life!” On December 23rd, 2020 I lost my happy life to Stage 4 cancer. She died in my arms at the hospital because I refused to follow their rules and leave her alone. I wasn’t in good shape at the time, I had been on oxygen and a ventilator for over a year. The VA is trying to figure if it was the Agent Orange or anthrax vaccine that toasted my lungs.

I am just trying to move on and ham radio is my life. I changed my old call of over 40 years N5FSN to W7ZDX. Started all awards over and became interested in county hunting, POTA and SOTA.