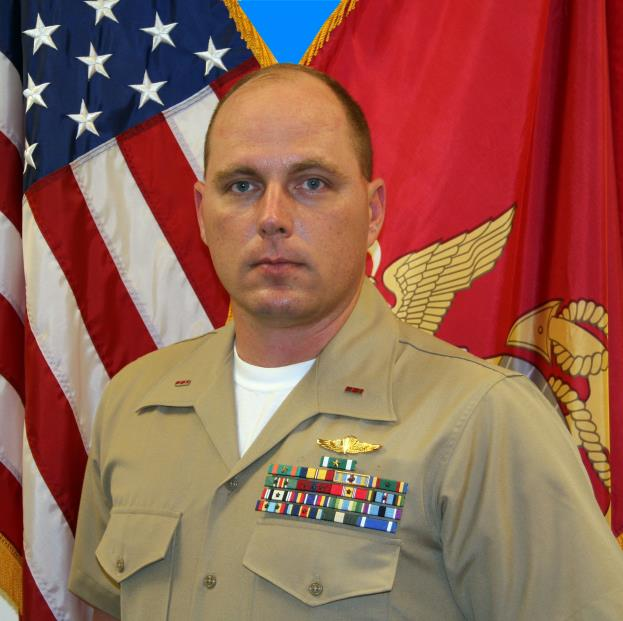 I am from a small town in south-central Pennsylvania and did not have much exposure to the world of technology while growing up. I did, however, have the opportunity to learn Morse code while pursuing the rank of Eagle Scout, which I successfully attained in 1988. In December of 1988, I departed my small town in pursuit of world-wide adventures with the United States Marine Corps. This simple choice in life led to a very successful 23-year career where I learned more than I could imagine about a lot of topics.

Following Recruit Training at Parris Island, SC my first school taught me the fine art of being a Manual Morse Intercept Operator and first introduced me to the computer. After this six-month course of instruction, I was assigned to Company C, Marine Cryptologic Support Battalion, Guam where I was entrusted with the collection of Morse code sent by some of the world’s fastest operators. As such, I had the honor of passing Morse code Gold Certification requirements by my ability to copy Morse code at 40 Groups Per Minute (GPM); putting me in the top 1% of all Marine Corps Morse Intercept Operators.

Following this tour of duty, I spent the next 5 years in Radio Reconnaissance where I was able to learn more about both Analog and Digital technologies while deployed around the globe. Although most of my activities involved more advanced technologies for the times, Morse code proved to make vital contributions in times without a more advanced communication means. In one case, my abilities with Morse code enabled me to call a Medical Evacuation for a fellow Marine when all other communication paths were not successful. This one example reinforces the concept that no matter how advanced technologies become, Morse code’s simplistic application and ability to punch through atmospherics makes it one of the most viable, and trusted forms of communication when times are tough.

The remaining years of my Marine Corps career led to me being a Drill Instructor at Parris Island, SC and multiple overseas deployments supporting contingency operations in areas such as Bosnia-Herzegovina, Somalia, Liberia, East Timor, and Iraq to name a few. My career concluded with my tour at Quantico, VA where I was responsible for including emerging technologies within some of the Marine Corps’ most advanced Signals Intelligence and Electronic Warfare systems.

Following my retirement from the Marine Corps in 2011, I had pretty much put Morse code behind me but often thought of the good ol’ days. Ironically enough, I was elated when I first met CWops member Steve Bookout, NR4M in 2018. He was the first to introduce me to the world of Amateur Radio and I believe he was somewhat intrigued with my Morse code history. Steve initially invited me to the “Goat Farm” where he showed me his Ham Shack before allowing me to operate during one of the CW competitions. It seemed as though my Morse code memory came back pretty fast as I was working two radios within a few hours and able to make QSOs at speeds over 30 GPM. I think it was at this point that I became sold on being a ham. Steve, and the rest of the crew at the Goat Farm, have since taught me a lot more about being a ham; including more technical aspects required for the Extra Exam. With that, I want to thank Steve (my Elmer), Larry K7SV, and the other “Goat Farm Contesters” for taking me under their wings and nominating me to the world’s most prestigious CW organization. I look forward to the many friendships and QSOs that I’ll discover over the coming years.