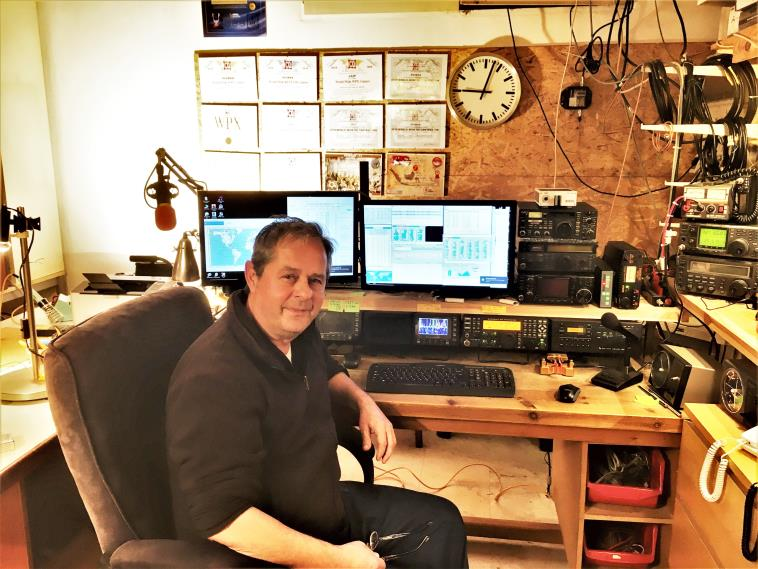 Thanks to all my sponsors for making it possible to join CWops. Especially my nominator and teacher Vic 4X6GP.

My interest in radio started in 1992 when I was forced to have a radio amateur license. I was arrested by the police for using a portable VHF in order to communicate with my office. I am an active contractor / civil engineer and most of the time I am far away from my office. So, I took the license and I was found “not guilty” at the court. I already had my first award from Spain Barcelona 1992 special calls AO25. But the big surprise was that I liked the hobby!!!

My first favorite mode was Packet Radio (this stopped) and RTTY (till now). I am a specialist in RTTY after all these years and I think I covered everything in this mode.

I was first licensed in 1992 and I had to pass a 12 wpm Morse test to get my “A” class license which gave you HF access, so I learned slow CW. I had a Morse Code Test at the ministry.

I passed at first time and got the call SV2BXA and also received my contest call J42P which I use in all the major contests that I take part in.

My Interest in radio is only HF (CW or RTTY). I hate FT8! No SSB, my transceivers are without a microphone.

I have a nice station with 2 towers and antennas for 80-6m; if you would like to see them go to my QRZ.COM page. My radios are a pair of Elecraft K3S fully equipped.