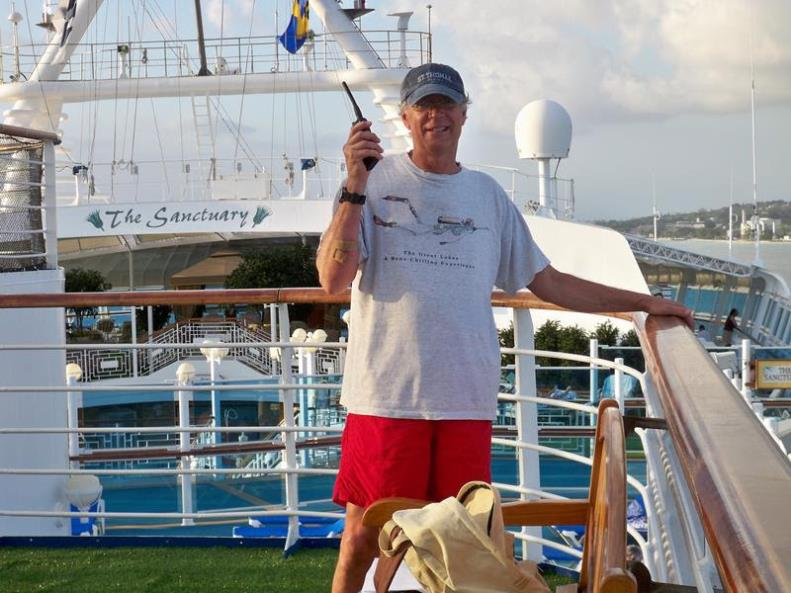 When I retired in 2008, my wife wanted to keep working. I got up with her, made coffee, went to my shack and worked into the Pacific on 80 meters. As you know 2008 was a solar minimum and my best DX was on 80 meters. I started with a Double Extended Zepp at 75′ but I made it the driven element of a wire Yagi by adding a wire reflector and a director.

I fed the Zepp with ladder line and brought it directly into the shack. Probably not my best idea but on 80 meters the RFI was minimal. I was using a big Dentron MT-2000 antenna tuner, amplifier (Dentron DTR-2000L) and a brand new Icom IC-718 with DSP. I reached 80m DXCC mostly from SSB QSOs that I made in or near the DX window (3790 to 3800 kHz).

A couple years later, I built a screwdriver antenna (based on a design in the Amateur Radio Handbook). I bought an Icom IC-7000 for my SUV and HF mobile became a dream fulfilled. The IC-7000’s CW filters and memory keyers worked great for contesting, so I often used it in my shack. I also home brewed a 5-band quad on EZNEC and erected a 70′ tower.

I’ve learned CW as a Novice and I enjoyed 40 and 15 meters. Morse code was something I had to do and improve to pass my General. My dad was a Technician and I wanted HF privileges. By the time I took my General I could copy 20WPM and I enjoyed CW. And CW was the only way I could work DX since my antennas and transmitters were very modest.

I learned to copy code with my hand, using pen and paper. By 2005 my paper log became DXLab Suite and CW contesting was becoming a fun past time. My need to hand write to decode CW has been a big handicap.

I joined CWops on Wednesday May 22nd and began using the student resources which has already improved my CW. I participated in the Wednesday CWTs and CQ WPX CW contest. I tried to copy in my head and type into N1MM+. While working S&P mode, I occasionally gave in to my dependence on pen and paper to improve my Q rate (really). My CW skills always improve by the end of a contest. In order for me to head copy I needed frequent breaks and went to bed at a reasonable time. By the end of the contest, I was able to run a frequency for about 3 hours. Because of that, my score exceeded my expectations. I worked about 250 stations in 3 hours (on 20m). I made about 840 Qs in about 20 hours (mostly S&P). My station, antennas and skills are never going to set any records (and my rotator only moved occasionally, I’ll soon replace it) but I improved my score over the last time, which was very satisfying, surprising and fun.

In 2010 I began using RemoteHams (with my Icom rigs and W8RJ’s station). That way I could log those rare DXpeditions and play radio while away from home. By 2013 I achieved 5 band DXCC. I now have 8 Band DXCC. For the past two years I’ve been working on 160m DXCC. I have a mixed band total of 304 confirmed countries. I don’t know if I’ll ever make Honor Roll, but the journey is very fun and satisfying. My remote station now includes a Flex 6600, Maestro and RF-KIT RF-2K+ amplifier.

In 2014 my wife and I began spending part of the winter in Hollywood Beach, Florida. And using my station from there is more fun than using my mobile. At the end of our Florida stay this year we took a transatlantic cruise to Spain. It took seven days to reach the Azores. While touring Ponta Delgada, Azores, Portugal I spotted several ham towers. I took pictures of all the ham antennas I spotted and CU2CO has offered to help me identify the owners. I can’t wait to see if they’re in my log.

While I didn’t bring an HT on this trip, (apparently there are three repeaters near the port) I did bring a laptop. I was operating my remote station from land and sea. Although the ships free WiFi bandwidth was barely adequate for my Flex (streaming WiFi was $30/day) I had good success from land. From our hotel in Barcelona I connected to my station in Michigan. I made QSOs with Janez, S51DX, Vasilly, ER4DX (and a few others) on 20m. But I think my best QSO was on 80 meters. I surprised my 89 year old father and checked-in to his 80 meter net. He was overjoyed to hear me.

Below are pictures of the ham towers I spotted in Portugal and Spain (I had to reduce the resolution to send this document). For more about me and amateur radio, visit my QRZ page.