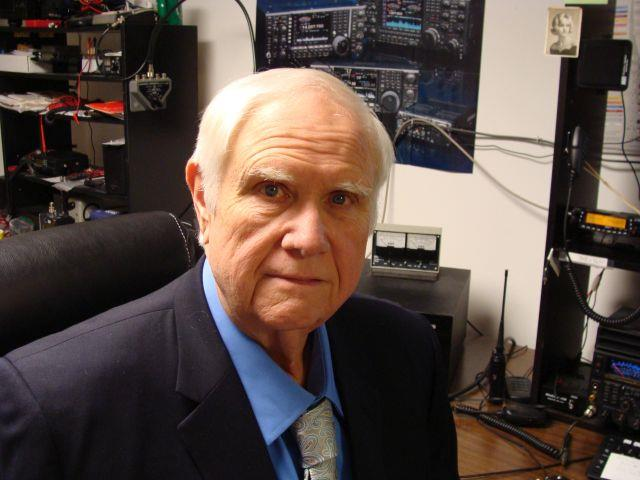 First, I am retired from the Tennessee Valley Authority and my entire career was spent working in the nuclear power generation part of the company. Most of my 32 years was spent at the Sequoyah Nuclear Plant which is just north of Chattanooga, Tennessee on the Tennessee River.

I grew up in southeastern Tennessee and I’ve been interested in radio for as long as I can remember. I was stringing antenna wire in trees when I was in the 5th grade and later a friend told me about ham radio while in high school. My friend and I got our first tickets in 1965 and as a novice with a home brew transmitter I grew to love CW. My original call sign was WN4ANB and later while in college I became WB4ANB. I was studying Physics at the University of Tennessee at that time and the FCC gave exams in Knoxville twice a year. After graduating from college I found my-self immersed in my career and life in general. I was only able to get on the air occasionally when time permitted. In those days, when I was able to get on the air, I usually chose to operate CW over any other mode. My first “modern” commercial radio was a Kenwood TS 530 and I remember ordering it in the mid 1980’s from a dealer in Alabama. In those days accessories such as microphones weren’t included with the radio. The dealer asked me if I wanted to order a microphone with my radio. I politely told him that I didn’t want a microphone because I only operated CW.

Although I wasn’t able to operate much in those days, I did manage to make a trip to the FCC in Atlanta where I upgraded to Extra. I think this was in the late 1980’s or early 90’s.

Fast forward to 2009 when I was introduced to contesting by my friend Ken, KS4X. I found contesting to be addictive and extreme fun. I soon joined the Tennessee Contest Group (TCG). I found that the folks in the TCG and really most all contesters are a close group of friends and most of them love CW over any other mode.

My current station consists of a Yaesu FTDX-5K, Elecraft KX3, Icom IC-7300 and several other boat anchors. When operating high power, I use either an Acom 1500 or an Icom PW1. I also have a Drake L7 and an Ameritron AL80B. Oh, I do own a microphone now……it seems they are included with new radios.

I’ve been married to my XYL Carolyn, N4NCO for 45 years. Carolyn hasn’t been very active in ham radio during the past several years, but at one point she could cruise along at 25 wpm on 40 meters. She loves CW just as I do.

I look forward to working everyone in the CWT’s.