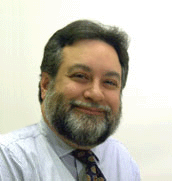 I was first licensed in 1961 as WV2TGL (Novice) and WA2TGL (Technician) while attending the Bronx High School of Science. Many of the guys I hung out with were licensed so it was easy for me to catch the bug. We had a school station, W2MQQ, with a Collins S/Line and a 3-element triband Yagi on the roof. My home station was much more modest, a Johnson Challenger transmitter, a Hallicrafters SX-140 receiver, and a Mosley trap vertical on the roof of our home. I spent a lot of time on 6-meter AM yakking with my friends, but TVI was a constant headache. I passed my General in 1962 and Extra in 1964 (anyone remember drawing schematics of Hartley oscillators on the exam?).

But the CW bug soon bit, and bit hard. My friend Tom, WA2UXZ, designed a keyer using a pair of 12AU7s. I built one and put it on the air, and by 1964 I was chasing DX on the CW bands (first DX contact was DL3JJ, and he still owes me a QSL). After W2MQQ (now gone, sad to say) I attended Fordham University (K2FO, also now gone) and then Purdue for graduate school. College days were busy and did cut into my operating time, but W9YB at Purdue offered other opportunities for building, FD, and other HR activities. I had no home station during grad school, so operating was limited during those years. After grad school, I ended up at Bell Labs in Holmdel, NJ, where I landed among a group of enthusiastic hams who encouraged me to get back on the air. My new home station was now a Johnson Navigator (40-watt CW-only transmitter) and a Collins 75S-3B, with an OCFD constructed from an article in Ham Radio magazine. At around this time, the FCC was reissuing callsigns from deceased amateurs, so I successfully claimed W2IY. I think of Ed Dugan, 2IY from 1912, as my ham radio “granddad” and I hope he feels I am doing his old callsign proud.

The Bell Labs days were busy-busy with career and family so I was off the air for some time. The bug bit again when XYL and I were vacationing in Maine, on Mt. Desert Island, so I set up a temporary station there at the house we were renting. Mt. Desert is NA-055 in the IOTA program so I operated the IOTA contest for several years from there, happy to provide what I have since learned is a fairly rare IOTA counter to a lot of IOTA participants. Then back home in NJ I continued operating (CW, of course) with a Yaesu FT-920 and the same OCFD design I first used in 1975.

Three years ago, after retirement, XYL and I moved to 6 acres of high desert near Santa Fe, NM, where I set up my station now consisting of a TenTec Orion and Hercules II amp and a Butternut HF2V vertical. A tower with an Optibeam 9-5 is under construction. I was fortunate to have landed in the midst of a group of very enthusiastic CW operators whose friendship and support I value highly. Needless to say, I am still a CW-only operator, and happy to be a member of CWops. I also belong to the True Blue DXers Club (tbdxc.org). I hope you have enjoyed reading this brief bio and I’m looking forward to meeting more of you on the air. CW forever!