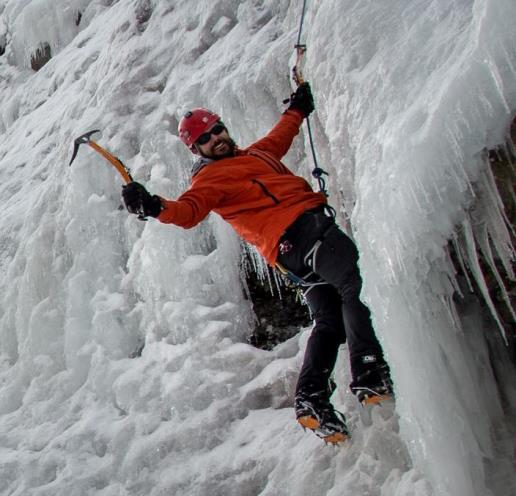 Thanks so much to those who nominated and sponsored me!

My interest in amateur radio began when I was in elementary school, even though I only got licensed a few years ago. My father was a forester for the state, so we always had radios and scanners around the house, especially during fire season. I was always fascinated by the crackling voices, and curious about how that all worked. At the time I didn’t know any hams, or even where to get started.

In high school I became a wildland firefighter during the summer, and spent a lot of time on radios, getting to know the radio techs (who were all hams, and helped install the CB in my pickup). Still, I never pursued my license. What kept me from trying was the CW requirement . . . it intimidated me, and so I just moved through life, occasionally thinking about it, but convinced I’d never be able to learn CW.

Three years ago, while teaching a mountaineering course, one of my students brought along an HT on a climb of Mt. Rainier to listen in on the guide and National Park Service channels. We got to chatting about his experiences as a ham, and he shared with me the CW requirement was gone. That’s all it took, and a few weeks later I took my technician exam. He loaned me an Icom 706mkII for a few months, and while I was mostly chatting on 2m, I enjoyed listening to the HF bands, and got my general a few months later.

I finally got my own rig last summer, a Kenwood 480SAT, that still serves as my main rig today. I’m also a homebrew enthusiast (I’d been involved in electronics as a hobby for a few years, mostly audio amps, so it was a natural extension). I’ve got a homebrew uBitx and a 20m QCX. I have about a half-dozen homebrew antennas, and I’ll always take the option of building it over buying it if I can.

As a mountaineer, I became interested in SOTA right away, and it didn’t take me long to figure out that CW was the way to go when operating remotely. With the pressure of having to learn CW gone, I decided to give learning it a try. I tried to learn on my own a few times, but never got past about 8 wpm. Then I found CWops CW Academy. It took me a few months to build up the nerve to commit, but I’ve never looked back. While I thought my CW interests were really just going to be SOTA and the occasional ragchew, my L2 course introduced me to contesting, and I was addicted almost immediately. Don’t get me wrong, I’m not that great, but I’m learning, and I’m having a great time!

On the non-radio side of life, I’m a husband, father of two, nonprofit administrator, and part-time professor of nonprofit management. When I’m not on the air, you’ll usually find me climbing frozen waterfalls during the winter, and rocks and mountains the rest of the year.