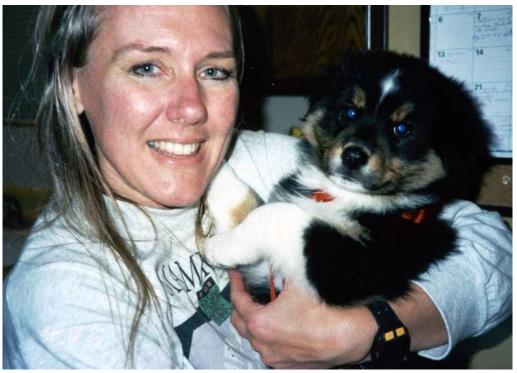 My ham radio experience, like much of my life, is somewhat like the raggedly loved toys buried in my dog’s kennel. It began at age 7, when my older brother reported that he needed to learn Morse code for some sort of boy scout award and that meant I had to learn the code too. He tended to negotiate such things from terra firma whilst looking up at me stuck in a 30-foot grapevine tree. Consequently, I first learned Morse code at age 7.

Many years later I married a WWII vet. He was much older than me and his early life seemed like scenes out of a 1940’s war movie. I was again peripherally introduced to radio via his stories as an operator for the 5th Army as they made their way across Europe. Being the radio operator, he was in the lead when a land mine blew up the halftrack, killing soldiers as well as civilians. He survived the incident but had a severe limp the rest of his life – his radio limp.

Events come and go. My third touch with radio happened when I became close to my present boyfriend, a long-time ham. In fact, I stole one of his ribs and stuck it in the middle of his call sign, resulting in my callsign N6LRA. Once more, as if to complete the circle, I was drawing closer and closer to CW.

Finally, last year I bit the bullet and signed up for the Level 1 course. Many dits and dahs later, I graduated from the Level 3 course and made a finish line sprint for the CW Academy where I am today.

O yes, somewhere in the middle of all that, I got a piano scholarship, a PhD in physics, worked at Los Alamos, did some spook work, some Star Wars work, wrote patents, and inherited a sports bar.