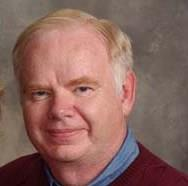 I am 73 years old and fully retired from the Air Force in 1989 and Lockheed Martin in 2008. Now I have time to devote to all my hobbies including my first love, amateur radio. Like many I started by building crystal radios, small transistor radios, and listening to short wave. I got my Novice license in 1961 at age 14. Built my first transmitter using two 6L6 vacuum tubes, had an old Hallicrafters SX-17 receiver and a 40 meter dipole fed by TV twin lead. Was the first President of my high school’s amateur radio club in 1963. My preferred mode is CW and I enjoy contesting and DX. I have been inactive for 26 years until Feb 2019 due to HOA covenants work commitments. I have a very limited station now with stealth antennas and low power. Even with this meager setup I am able to join CWops weekly CWTs which help me recover my old CW skills. I’m finding the CWTs to be a great asset for amateur radio to keep our CW heritage alive and well.

I grew up and lived in the south western part of Virginia in the Appalachian Mountains. Got my Novice license in 1961; upgraded to Conditional in 1962. After graduation from Virginia Tech in 1968 went immediately into the Air Force where I flew B-52 Bombers as a Navigator Bombardier. Flew many combat missions during the Vietnam war including three Linebacker II sorties into the Hanoi area in December of 1972. Was stationed on Guam in the early 1980’s and had my call changed to AH2L. DX and contesting were fabulous from there. Also spent countless hours running phone patches back to the states for many military families stationed on Guam.

In 1982 was posted to Headquarter SAC near Omaha, Nebraska where I managed the development of war planning software. I again had my call sign changed to KV0I after arriving in Nebraska. Built a very nice DX and contesting station running a KW to TH6DXX at 50 feet. Developed some of the first ham radio contest logging software. It was all freeware and was delivered by floppy disk prior to the arrival of the internet. Hams sent me a floppy diskette and return postage and sent the software back to them.

In 1992 business commitments caused me to go QRT. Then after final retirement in 2008 I got extremely interested in developing flight simulation add-on software and a great interest in genealogy. Traced my own family and my wife’s family back into the 1300’s. Now I am back to the hobby of my life and loving it. Amateur radio sure has changed tremendously. I have gotten involved in the digital modes that were just starting as I left the hobby in the early 1990’s. I do enjoy the new modes and find them fascinating but they will never replace my love for CW.

Thanks for this opportunity.